Note: This feature is still experimental since it requires that Bootstrap 4.0 be enabled.

As of Awesome Support Version 4.3.0, custom fields have new attributes that allow you to take advantage of Bootstrap.  Bootstrap makes it relatively easy to create a grid of rows and columns using just CSS classes.  We have taken advantage of that and built in support for some of these classes as long as the Bootstrap files are loaded on your Awesome Support pages.

To enable loading Bootstrap on your site (if your theme or another plugin doesn’t already load it) you can go to TICKETS->SETTINGS->ADVANCED and scroll down to the Bootstrap section.

Setting up Rows and Columns

When you add or edit a new custom field you will see a section that looks similar to the following:

Here is an example of what your ticket form can look like when using rows and columns: 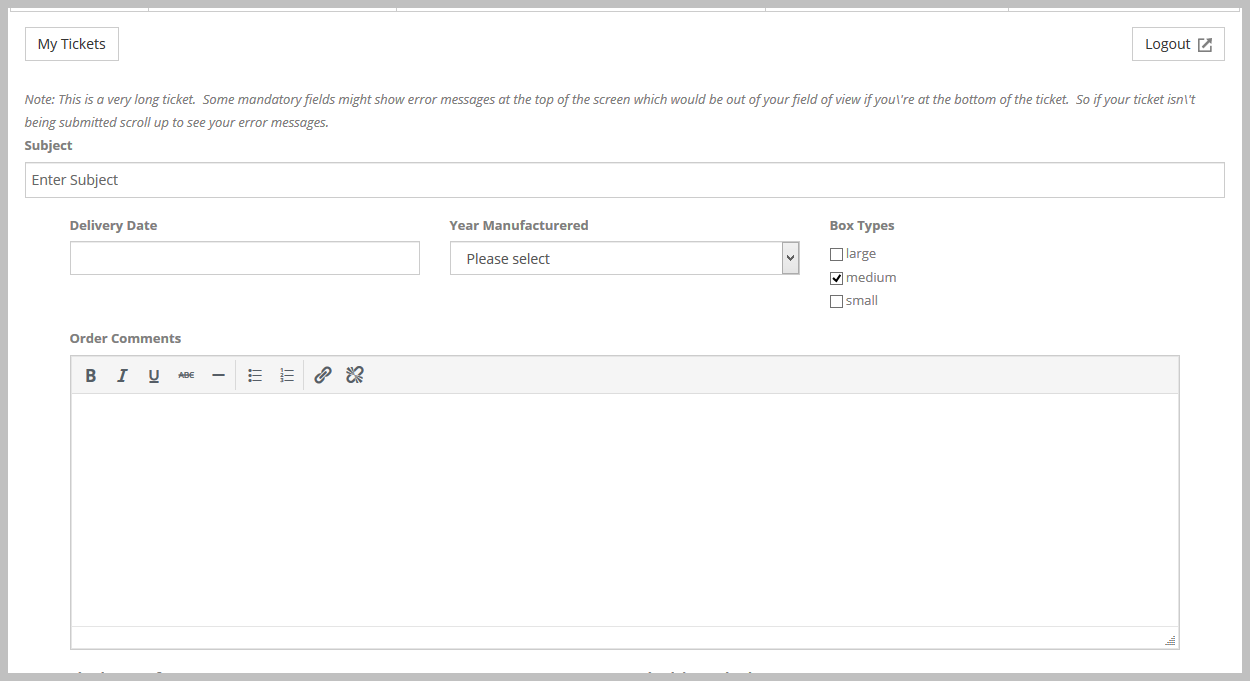 By default, columns are all given the same width.  But you can create different sized columns using Bootstrap CSS classes.  The Custom Field definition screen has a section for adding CSS class names to the field – that section looks similar to the following: