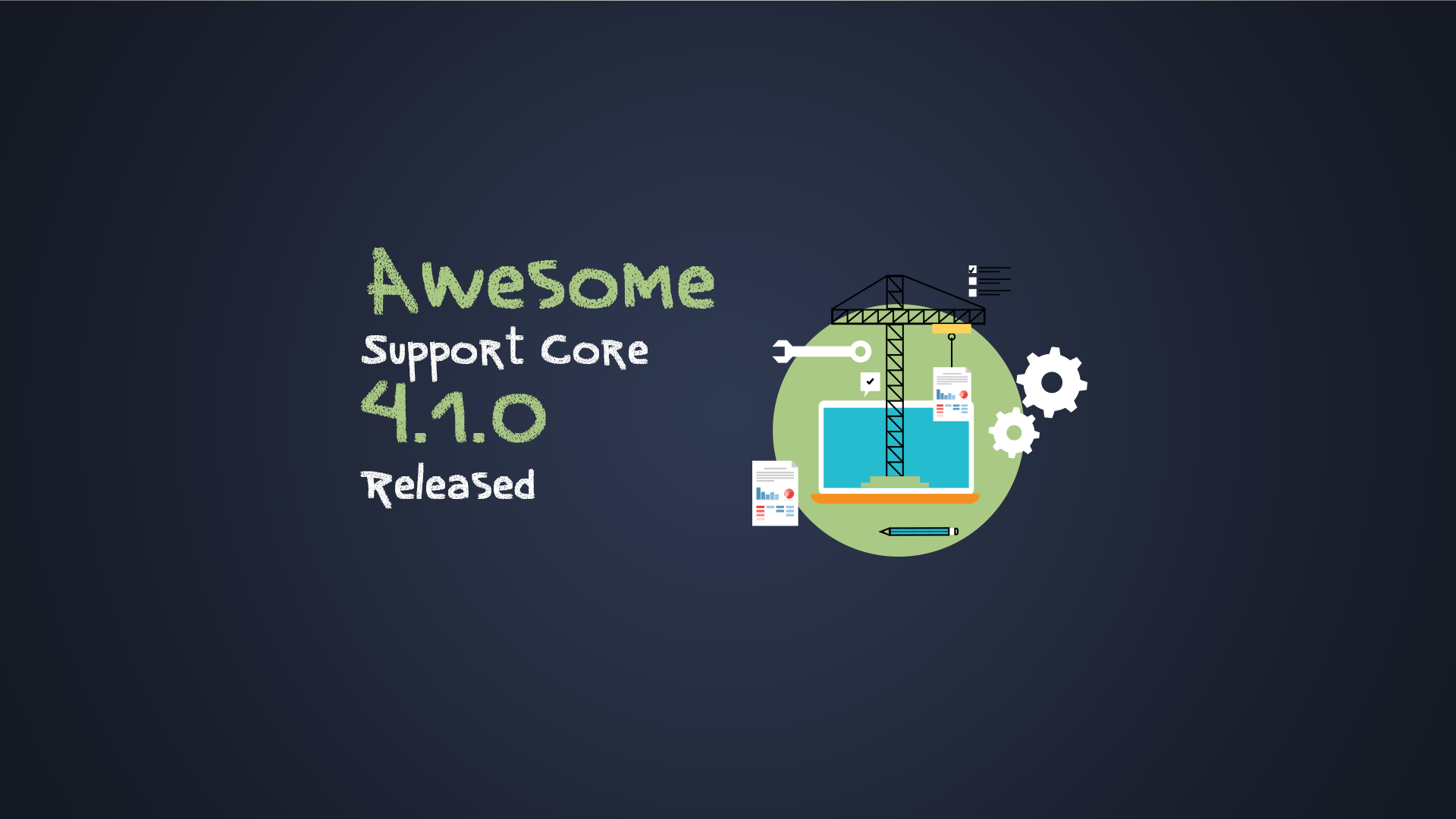 Earlier in 2017 we released version 4.0.0 of Awesome Support which was a major update with over 40 new features/fixes/enhancements.  We have followed that release with five interim releases and now we're proud to release version 4.1.0 which is a more significant update that also rolls up all the changes from the five interim releases.

While not a major update on par with 4.0.0, version 4.1.0 includes a couple of significant user interface enhancements along with some internal enhancements to set the stage for future updates.

Cleaning Up The User Interface

The first thing you will notice when you fire up the new version is the tabbed interface at the top of the ticket list.  We added this in order to be able to include more options at the top of the list without cluttering the screen or reducing the number of simultaneous tickets you can see in the list.

The free core version has four tabs - FILTER, SEARCH, PREFERENCES and DOCUMENTATION.  Premium add-ons can add to this - in the image above you see two additional tabs BULK ACTIONS and SAVED FILTERS, both of which were added by our Power-pack/Productivity extension.

We also added tabs at the bottom of the ticket reply area.  Numerous add-ons place widgets/buttons/links there and the whole area was starting to become quite crowded.  So we added in an option for tabs there as well.

The core will only have one tab - ATTACHMENTS.  But, as you can see in the image above, premium add-ons will be able to add tabs to the area in order to be able to display their own widgets/links/buttons/text.

We added two new features that many agents and admins will find very useful.  First is a new filter option to allow agents to quickly view a list tickets that are still waiting for a reply from an agent.

The second productivity item we added is an option to view tickets in a new tab - when turned on this will save the agent a mouse-click or two.  It can be turned on in the new Preferences tab at the top of the ticket list.

We added two new fields internally - one to store the date a ticket was last replied to and another to store a status indicating whether a ticket is waiting for a reply or not.  This greatly speeds up the amount of processing required to sort the activity column in the ticket list.  It also greatly increases the accuracy of that sort - sorting the entire ticket list instead of just the visible list on the current page.

We also substantially improved the performance of the admin pages when the number of products in your e-commerce plugin (EDD or WC) numbers in the thousands. 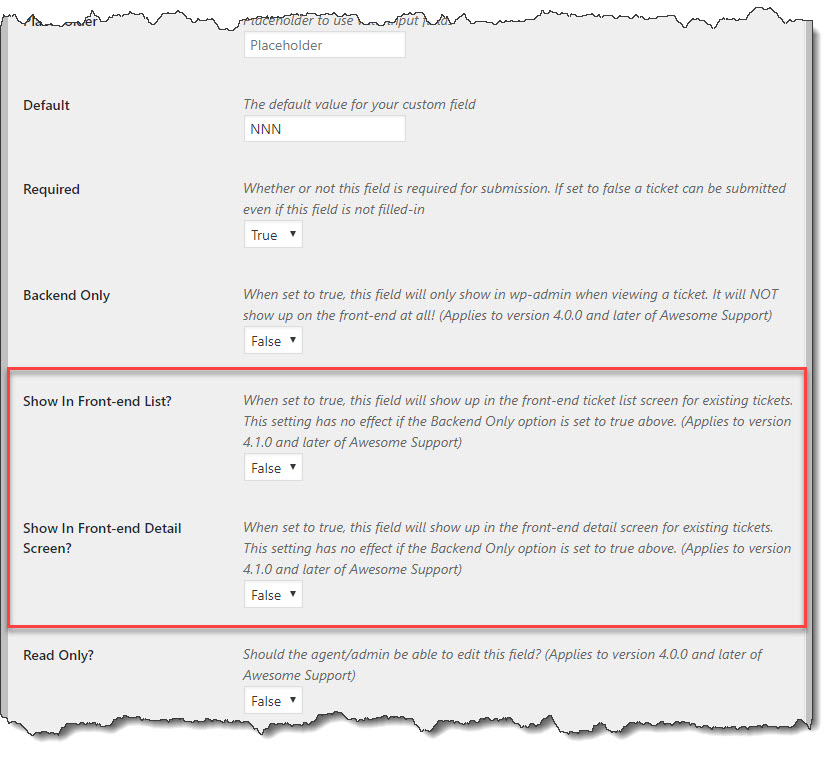 Additionally, the SELECT2 library was updated to 4.0.3 and we added options in the TICKETS-SETTINGS->ADVANCED tab to allow admins to choose which SELECT 4.0.3 package to use. 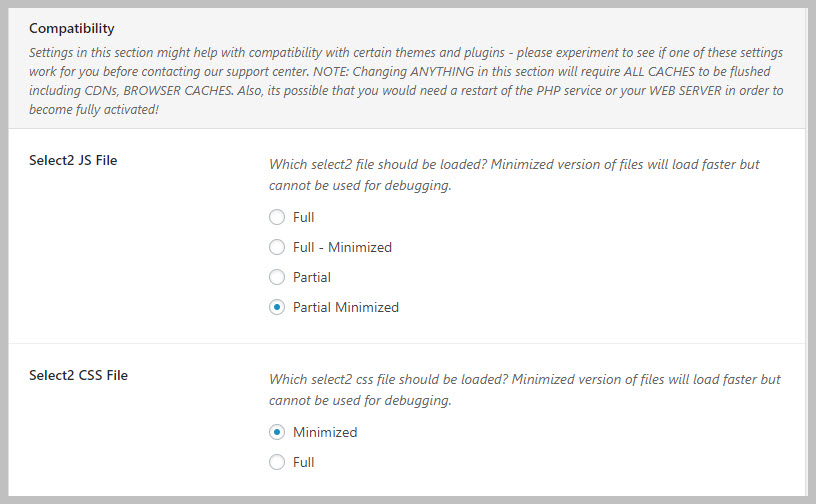 This option is useful when debugging or when trying to maintain compatibility with other plugins that might be using a different package.  For example, our default package is the partial minimized version but large themes such as AVADA loads the full version which conflicts with the partial version.  So an admin or developer can now choose to load the full version.

In addition to the SELECT 2 compatibility changes mentioned above, we also included a change submitted by WPML to increase compatibility with it.  Thanks to David Garcia Watkins from On-the-go systems for contributing to the free Awesome Support core project on githuh!

There is now experimental code to allow for automatic upgrades from as early as version 3.2.0 of Awesome Support.

Here is a more succinct and complete list of the 4.1.0 changes.

Updates can be done directly from inside the WordPress plugins screen.  Or the latest version can be downloaded directly from WordPress.org - unzip the downloaded files and upload them to the plugins/awesome-support folder, overwriting any existing files there.