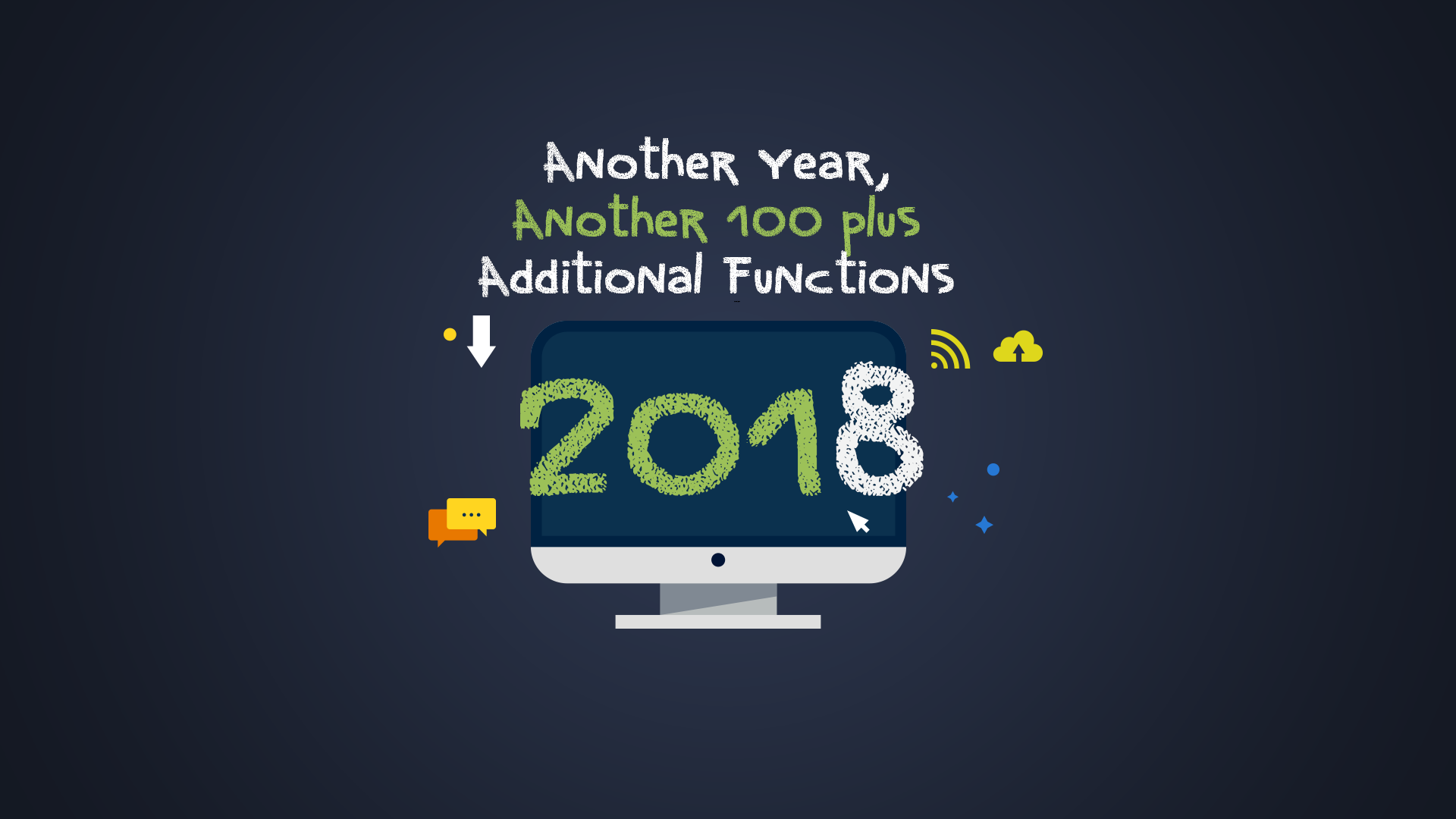 2018 – Another Year, Another 100+ Additional Functions To Awesome Support

2018 was a big year for Awesome Support.  With three major releases along with a series of new add-ons and updates, we added more than 100 new function points to our product suite!  Its fair to say that we have put even more distance between ourselves and our competitors!

Kicking off the year on a high note

We dove into 2018 in high gear, releasing two new add-ons in quick succession.  Service Level Agreements and Issue Tracking were the most requested add-ons in our 2017 end-of-year survey.  So of course we had to invest in making them a reality!

This was followed by the release of version 5.0 of the free core version of Awesome Support at the end of March and version 5.1 in mid April.

Version 5.0 introduced a new user interface concept that included more tabs to reduce the use of vertical space and excessive scrolling.  New icons replaced links in many places and items that were previously hidden such as email template tags were made a bit more obvious.  It also introduced a free level for WooCommerce integration and better responsive behavior.  New registration options and new GDPR related features rounded out the major feature points in this release.  But there were at least a dozen additional smaller features and tweaks.

Ramping up in the middle of the year

The second quarter in the year we focused a bit on marketing by creating new feature-length comparison articles with our competitor products.  Anyone who has read our competitor analyses will quickly realize that we really dig into these things.  All of them are three or four times the size of the usual "comparison" articles you would get on other websites.

We used our usual independent reviewer to create head-to-head comparisons with WS DESK, uCare and JS Support.  At the time of this writing (Dec 2018), uCare is no longer offered on WordPress.org and WS DESK has been sold to a new company and is now a minor offering in the new owner's product suite.

Version 5.1 of the free core version of Awesome Support was released in April.  This release focused primarily on the user on-boarding experience by introducing a start-up wizard.  But the majority of the 2nd quarter activity focused on add-ons.

There were four new add-on releases :

The Company Profiles add-on in particular represented a major step in being able to handle customers with more complex relationships between their ticket participants.  And the Agent Front-end is the start of a better way to handle market-places and other multi-vendor e-commerce sites.

For our existing add-ons, major updates were made to Documentation  and Private Credentials.

Knocking it out of the ballpark in the 3rd quarter

In August we released our most important version of Awesome Support yet.  Version 5.5 introduce many new features including:

As if that wasn't enough, we released version 5.8 six weeks later.  This release included:

With version 5.8, we easily have the most feature-rich FREE version of a help-desk plugin.  In fact, there are many features that you can't even find in many our competitor's products at any price level!  Our GDPR and Privacy Related features are now second-to-none.  And, combined with our privacy focused add-ons such as Private Credentials and PINS, you can easily offer the best protection for your customer data in a WordPress help-desk plugin!

But we didn't forget our add-ons this quarter - a couple of them also got some major attention.  Private Notes had a major release as did Canned Responses.  And we released a new add-on called User Registration Fields.

To top off this feature filled quarter we launched a new Developers Portal to bring together all our documentation and other resources related to enhancing Awesome Support.  Prior to this portal, information was scattered between our Documentation, Github and other locations.  Some information such as a list of hooks and filters weren't even available.  Now, you have one place where you can launch out to the different resources across our sites.

Easing into the end of the year

Yes, we're exhausted from all the activity so far.  But that doesn't mean we're slacking.  We don't plan any major releases in this quarter - with the many holidays around this time of year we try to avoid rocking the boat.  We believe that our customers need stability as their busiest season ramps up.  So we try to avoid pushing out major changes and instead concentrate on the new year.

You can look forward to Version 5.9 of Awesome Support in early 2019. New features include TICKET TYPES, TICKET TEMPLATES, an option to suppress sending a closing email to the customer on a ticket-by-ticket level, myCRED Integration for Gamification ( with Awards and Badges), new product syncing options, new front-end notification options, new overlays and, of course, the usual slate of fixes and tweaks.

And, if that's not enough, we have two new add-ons on tap - Tasks and Todos and Ticket Types and Templates.

We have some tangible numbers behind our progress.  We added more than 3000 new users this year, ending our year with 10,000+ users - most of them using the free version of our plugin.  This represents almost a 50% increase from the  number of users we had at the end of 2017 (using the rough numbers that WordPress.org provides.)

Additionally, we are now arguably the number one WordPress help-desk plugin on WordPress.org!  Our primary competitor, WP SUPPORT PLUS has ceased development of their product and instead is attempting to pivot their users to a brand new product (Support Candy).  And, as mentioned earlier in this article, other competitors have either completely ceased development (uCare) or have marginalized their product to focus their efforts elsewhere (WSDesk).

Would it be too egotistical for us to suggest that maybe all the work we did this year had a dramatic effect in improving our competitive position?

Whew - I'm exhausted from just reading about all that work!  We accomplished a LOT this year and hope that you've been pleased with our progress.  We know that help-desks aren't the sexiest software out there - but it is a crucial piece of the puzzle for maintaining customer satisfaction and driving more sales.  So we are hyper-focused on making sure you have all the tools you need to operate the best help-desk operation for your business.

We hope you have a great holiday season and we look forward to working with you in 2019!