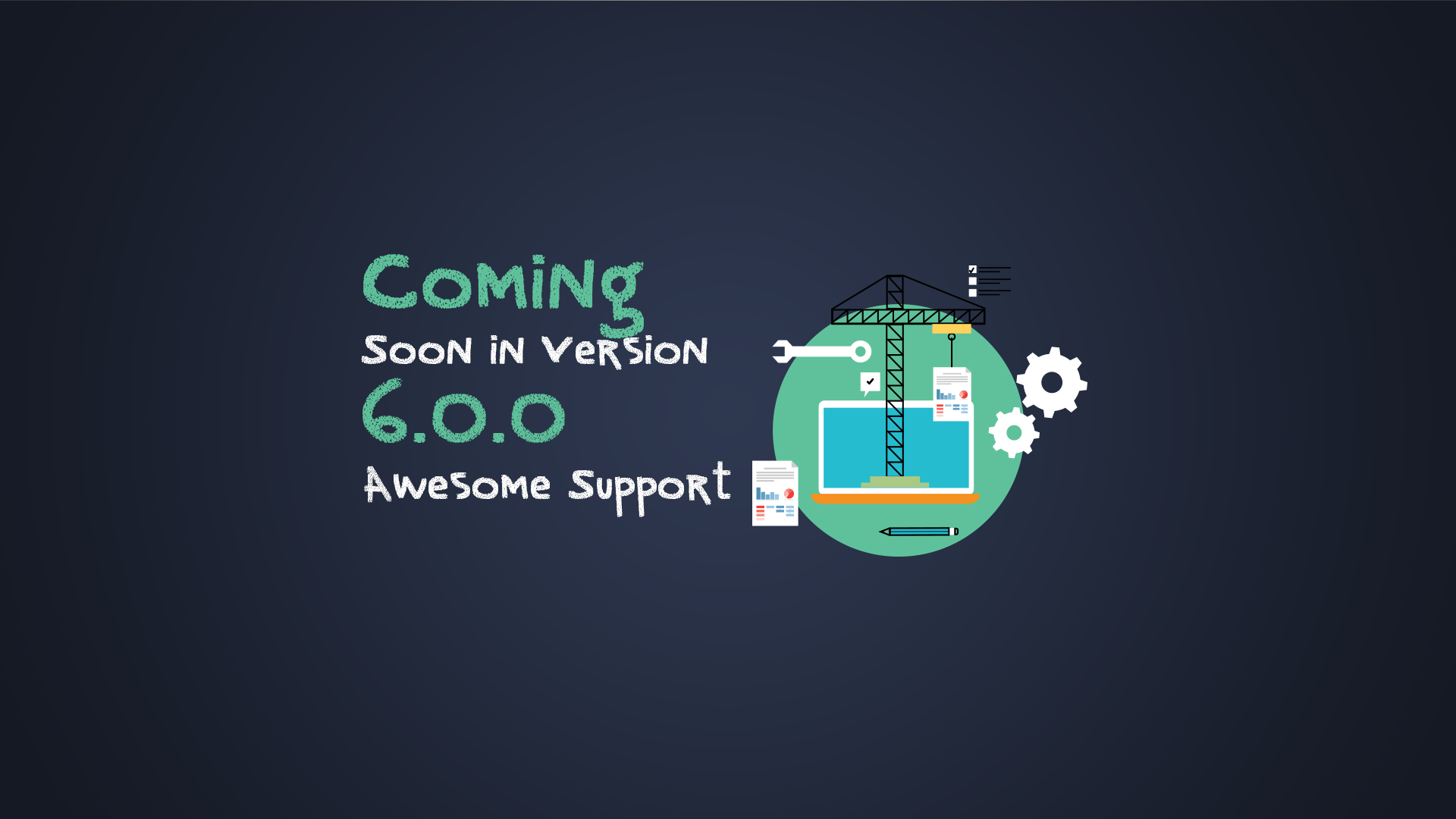 The next version of Awesome Support is due to arrive in early 2019.  This new version will bring a couple of major changes to the product as well as a series of small and medium sized changes and a few important bug fixes.

You can pick up a pre-release copy here: Release Candidate.

We do feel that this release candidate is stable enough for production use and we will be offering technical support for it if you use it.

Note that the pre-release filename and version will be 5.8.1 but the final release will be tagged as 6.0.0 when it is pushed to WordPress.org.

Now on to the list of new features, bug fixes and minor enhancements:

This version of Awesome Support REQUIRES PHP 7.1 or later.

If your website is not currently running on PHP 7.1 or later, you cannot use Awesome Support 6.0 or any of the new add-ons or functions and you should be careful NOT to accidentally upgrade!

Additionally, there are two third party libraries that were updated to their latest versions that has a small potential for side-effects:  The TITAN FRAMEWORK and WP SESSION MANAGER.  WP Session Manager in particular REQUIRES PHP 7.1 which is why Awesome Support now has that as the minimum requirement.

We are introducing the concept of Ticket Types.  A ticket type is just another way of categorizing tickets.  But, add-ons such as Rules Engine, Satisfaction Surveys etc. will be able to spawn different processes and workflows depending on the type of ticket being handled. 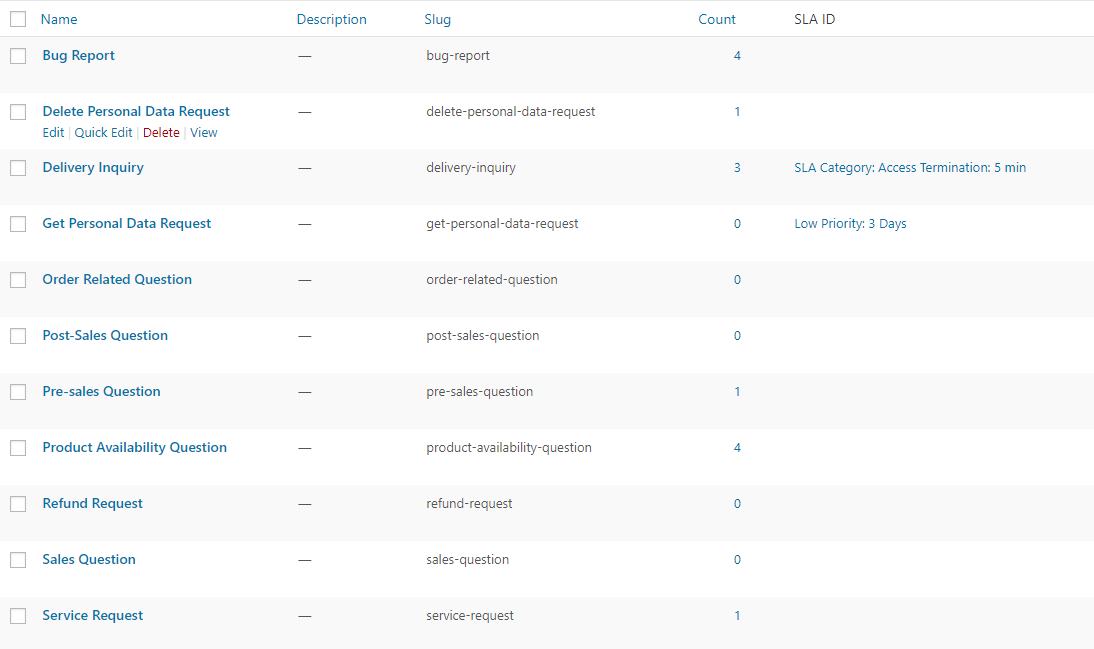 Admins can allow the end user to select a ticket type during the normal ticket submission process or they can restrict its use to agents only.

The following add-ons will be updated to support Ticket Types:

Additionally, a new add-on called Advanced Ticket Types will be introduced which will add some additional smarts around this data.

Sometimes you need to close a ticket without sending the customer a closing confirmation message.  For example, cleaning up really old tickets where sending a closing confirmation would risk annoying your customer.  Or you might be doing a manual merge of one ticket into another.  Whatever the reason, you can now easily prevent the closing email from being sent out.  And, of course, the admin can decide if agents have access to this feature or not.

As you can see in the above image, the option will show up in the Ticket Details metabox, just above the Close link.

Note that this new option only applies to the core closing email alerts.  It does not affect any other closing alert emails that might be configured in add-ons such as Notifications or our Business Rules Engine!

We've added integration with the myCRED plugin so that agents and users can accumulate myCRED points for activity.  This opens up options for Gamification and a reward system for agents.  For certain types of operations, the benefits can extend to users - for example awarding points to users for reporting bugs. 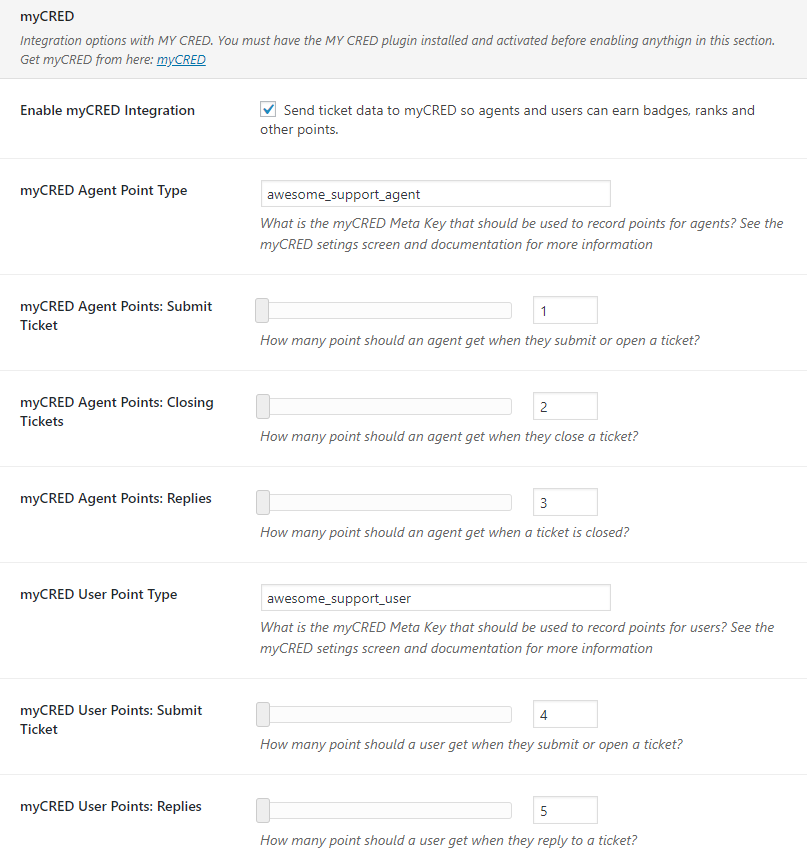 Users and agents can accumulate points in separate buckets if necessary (or they can all be merged into one bucket of points):

This particular new feature is likely to be used only by customers that are creating custom ticket forms.  We have added the ability to allow users to use our login page and then redirect to a custom URL - which could include a custom ticket page.  But it could also include any other page such as your store page.

There are a few reasons why you might want to do this:

New: Product Syncing - Control Which Product Statuses Should Be Synced

In prior versions, we would sync ALL Products, regardless of the status. With this new feature, you can restrict the syncing to just 'published' products (which is the new default) or any other status combination.  For example, you can sync the publish and private statuses for products and ignore drafts. 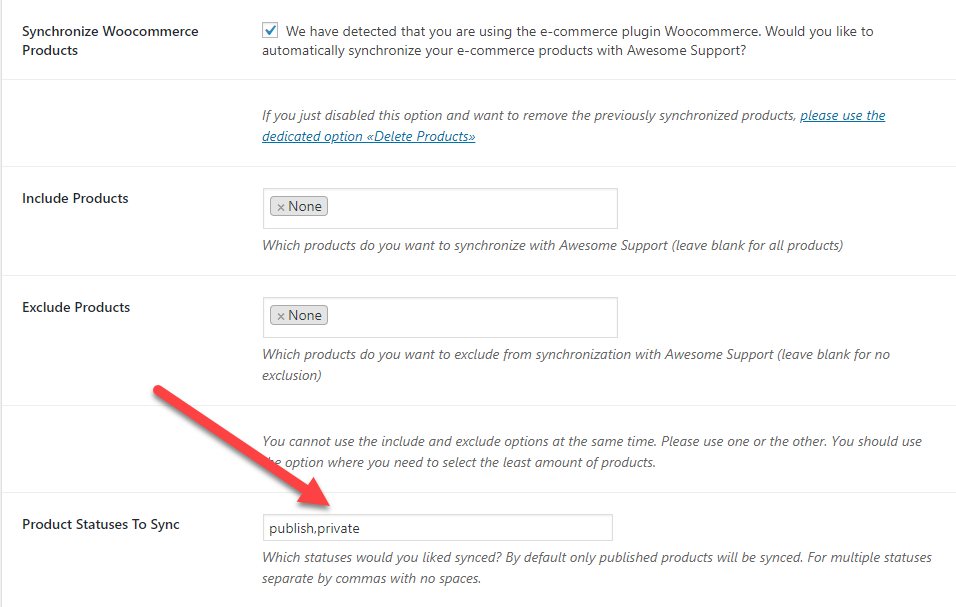 For some users this might be a breaking change if you are currently depending on having all products synced regardless of status!

There is now a new option for a NOTIFICATION button to show in the button bar when the user is viewing a ticket:

When this button is clicked, a full-screen light-box will pop up with a notice that you can define.  Here is an example:

The administrator can control this message from the TICKETS->SETTINGS->GENERAL tab: 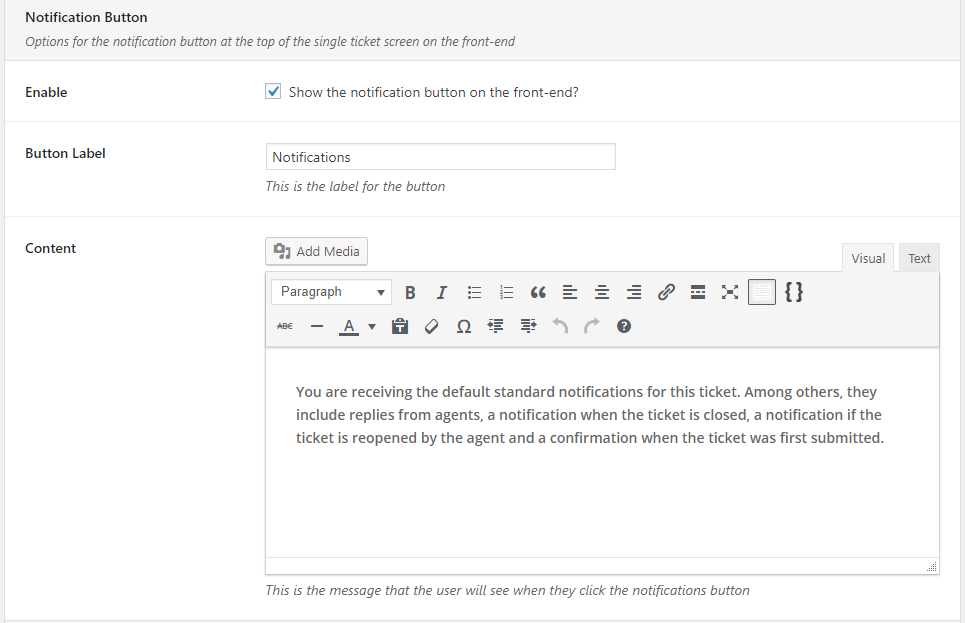 The real power of this screen, however, will be what add-ons can do with it.  Here's an example where a future version of the POWER-PACK add-on will allow users to enter their own additional email addresses for notifications: 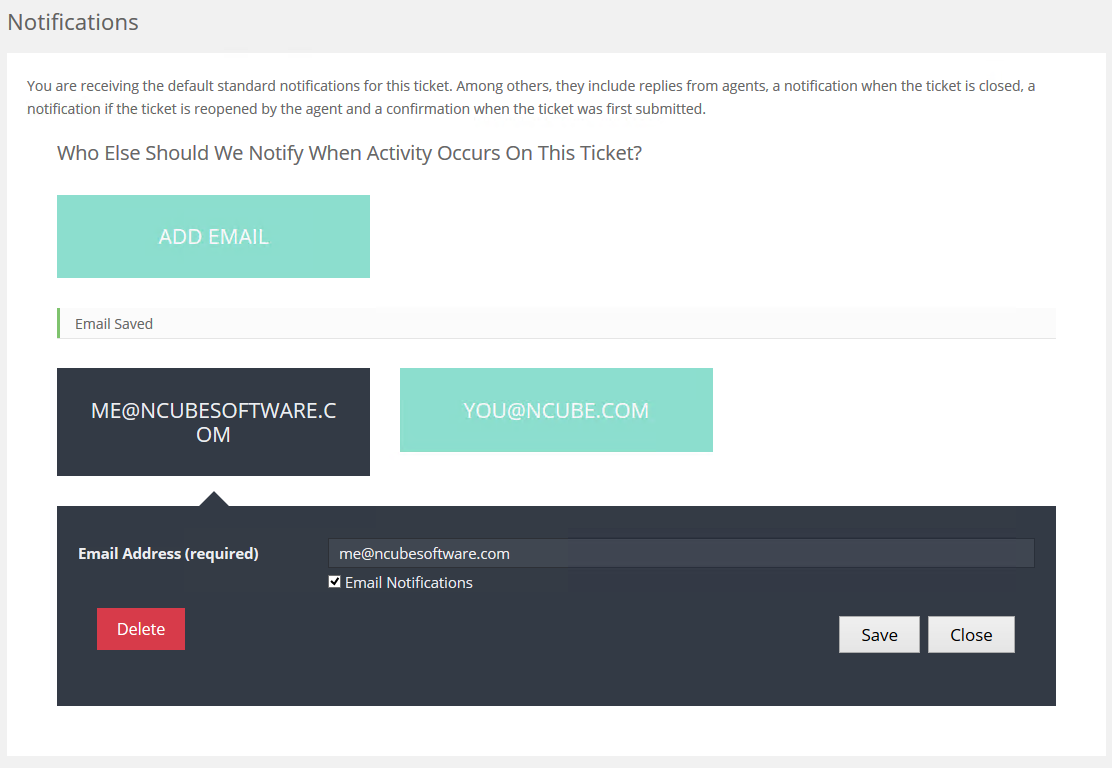 This is another feature whose power will be unlocked by add-ons.  With it you can specify that certain tickets are "templates" that can then be used as the basis for new tickets - eg: by copying or cloning the template manually or via certain event triggers.  A ticket can be tagged as a "template" in the custom fields tab:

A Ticket Template will be identified in the Ticket List by a color-coded tag: 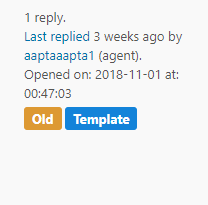 Awesome Support has had the ability to track time for a while now.  However, there was no way to show the end user the individual times recorded on a ticket.  This release includes new options that the admin can use to enable the end user to see the final time recorded on their tickets:

« 2018 – Another Year, Another 100+ Additional Functions To Awesome Support