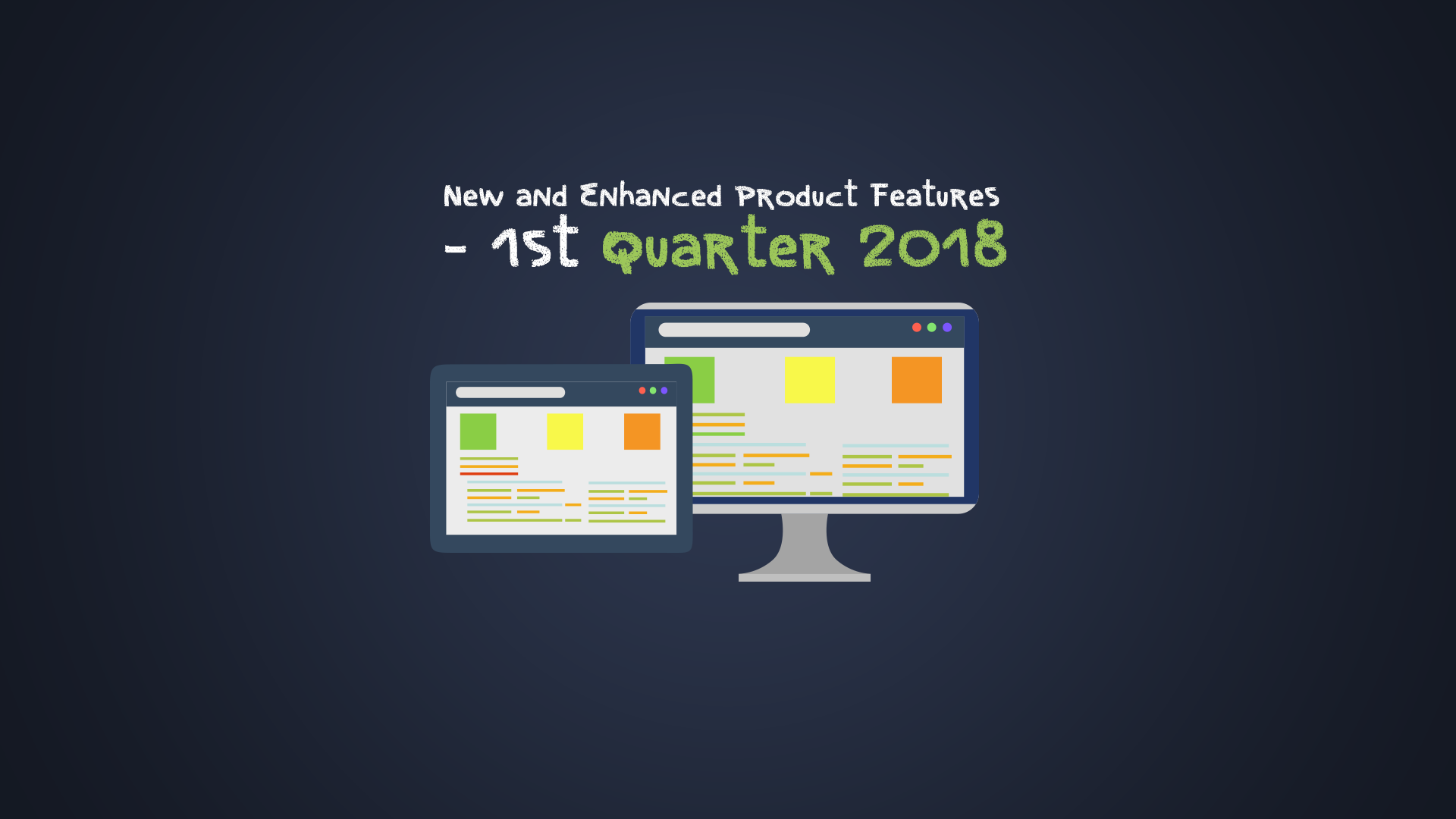 Its February 2018, barely 5 weeks into the year and we're set to deliver a variety of updates to many of our add-ons.  If you have a license that has not expired then you should automatically receive these updates via your WordPress dashboard.

We also delivered two new add-ons to kick off the year:  Service Level Agreements and Issue Tracking.  Now its time to focus on the core engine so for the rest of the quarter we're going to direct most of our energies on the next version of the free Awesome Support engine.

Below are details on the latest updates to Custom Fields, Gravity Forms, Smart Agent and more!

The big news here is that you can now include some core custom fields in the SORT order.  This means that the order of fields such as product, department and priority can be controlled.   Awesome Support 4.4.0 (which is tentatively set to be released at the end of March 2018) is required to make this work. 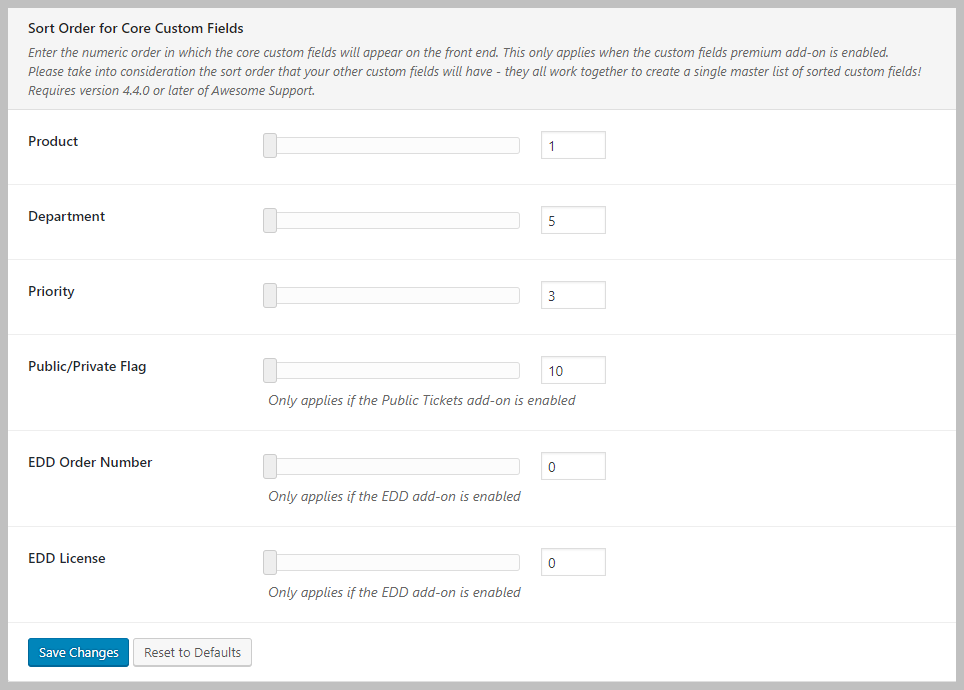 This module had some great additional features added in the 4th quarter of 2017 too.  These included:

You can learn more about how to use this feature in the documentation.

Specify your own CSS classes to help style each individual field.

You can also use pre-defined classes such as those from BOOTSTRAP. 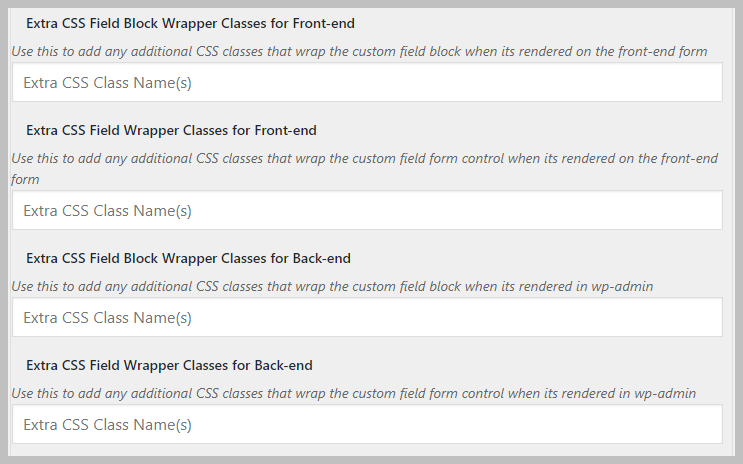 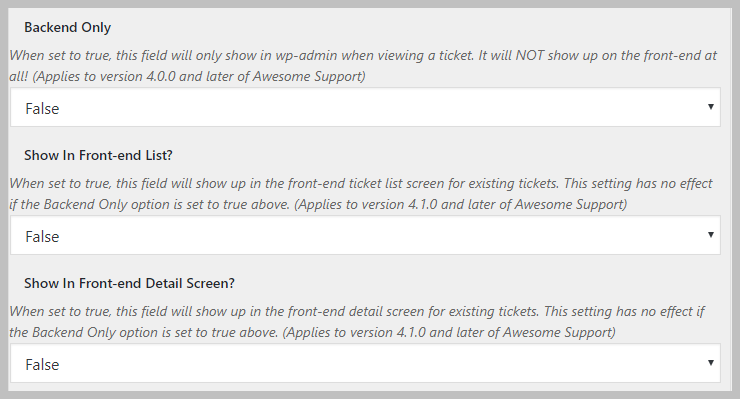 This uber-powerful add-on gets more power with each passing day.  If you're not already familiar with it you really should check out what it can do! 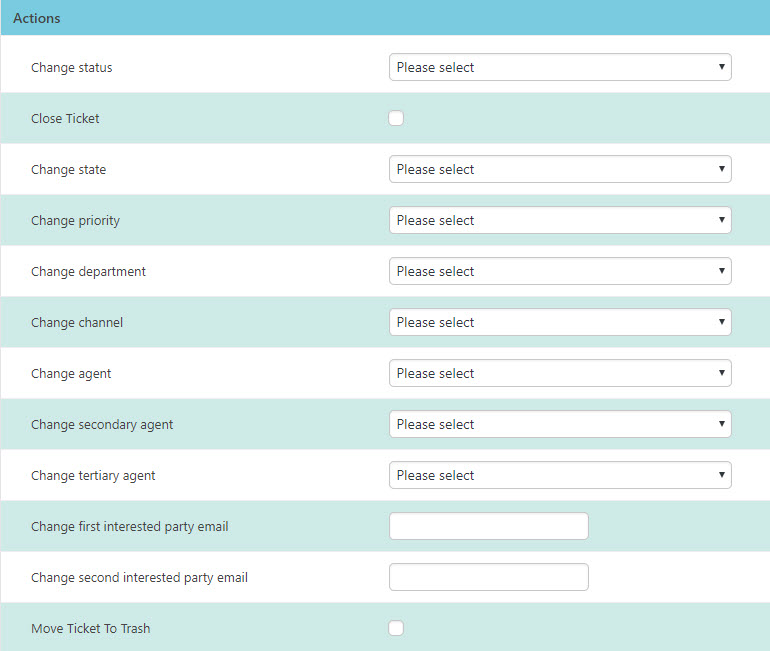 The Rules Engine now has the ability to run rule checks on a recurring periodic basis. 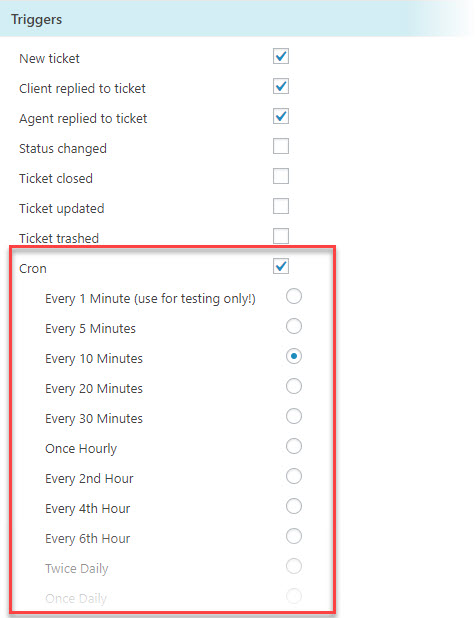 This opens some interesting workflows - for example you can:

We revamped the way new tickets were handled internally.  The revamp makes it easier for other add-ons to hook in and act on the incoming data.

We also added a new feature to allow you to control whether or not admins and users receive the standard WP new user emails.  Usually, when a new user is added to WordPress, the user receives an email with a link to set their password and the admin receives a notification about the new user.  However, in prior versions of our add-on, these emails were suppressed.  Now, however, you can control who receives them instead of them being disabled all the time.

The last two options above are usually paired with our GRAVITY FORMS bridge and CUSTOM FIELDS add-on.  They are handy for very sophisticated situations where you want to control the algorithm that is used to assign an agent based on the specifics of the ticket being processed.  GRAVITY FORMS can perform conditional logic to set the algorithm number to be used when assigning an agent.

We added two new features to this extension along with a single bug fix.  You can now control exactly who will receive a notification / password reset message when a guest user is first added to your system.  You can specify that the emails are sent to the user, the admin or both. 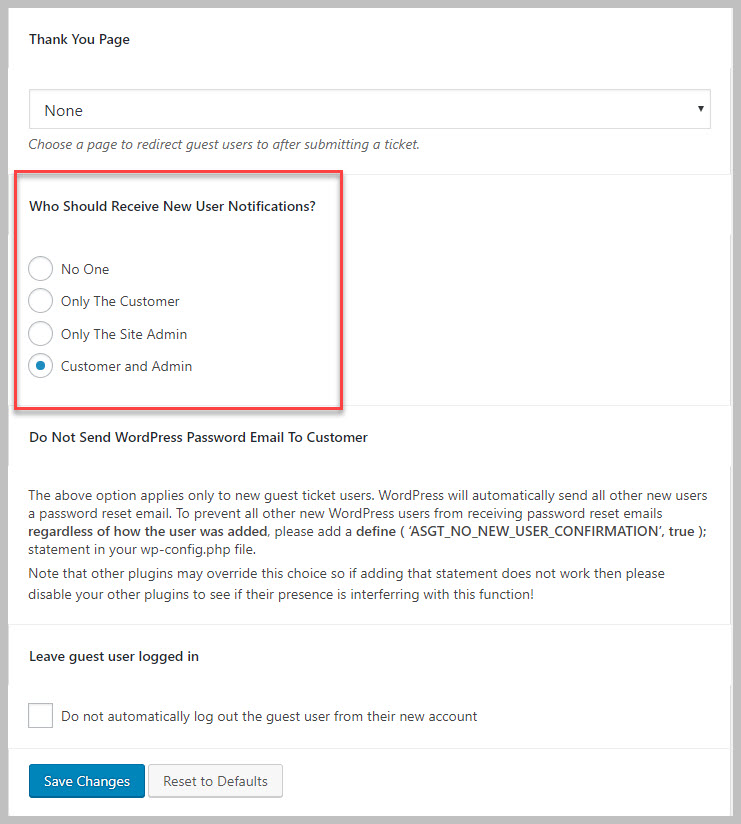 You can also specify whether or not the user should remain logged in after submitting the ticket.  The default is to log the user out and show them the THANK YOU page.  But now you have the option to keep them logged in and, by setting the THANK YOU page to the MY TICKETS page, they can go straight to their support account.

We also made the extension more stable when running on a multi-site configuration of WP.

This add-on was recently updated with the following enhancements and fixes:

This add-on was recently updated with the following enhancements:

The following add-ons had recent updates as well: