When multiple tickets are being merged, the standard email alerts are overridden and two new templates are used instead. You can find the new templates at the bottom of the TICKETS->SETTINGS->E-MAILS tab.

The two new templates are:

This template is sent to email addresses associated with the tickets being merged and closed.  The default message just lets the user know that the ticket is being merged into a target ticket. 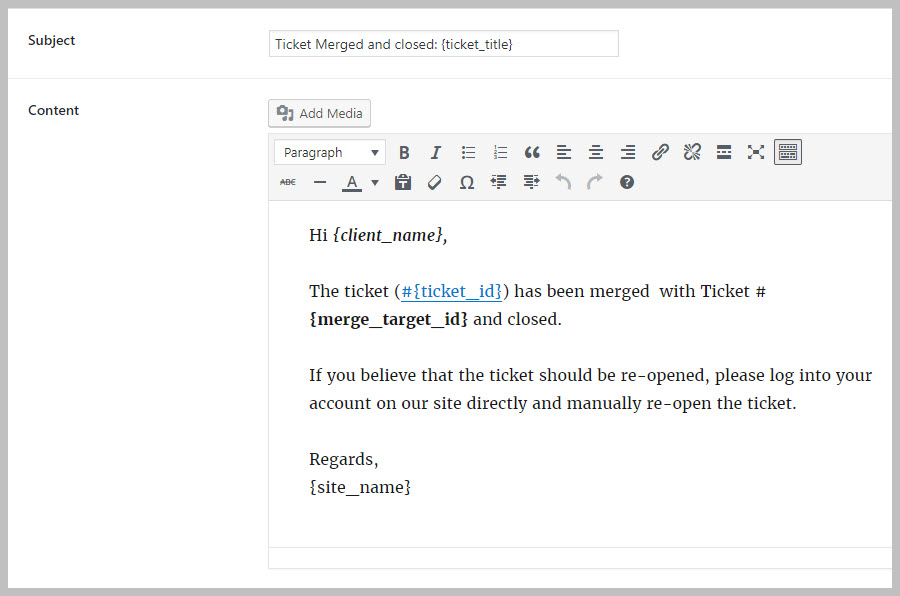 This template lets the email addresses associated with the target ticket know that replies have been added to the ticket from other tickets. 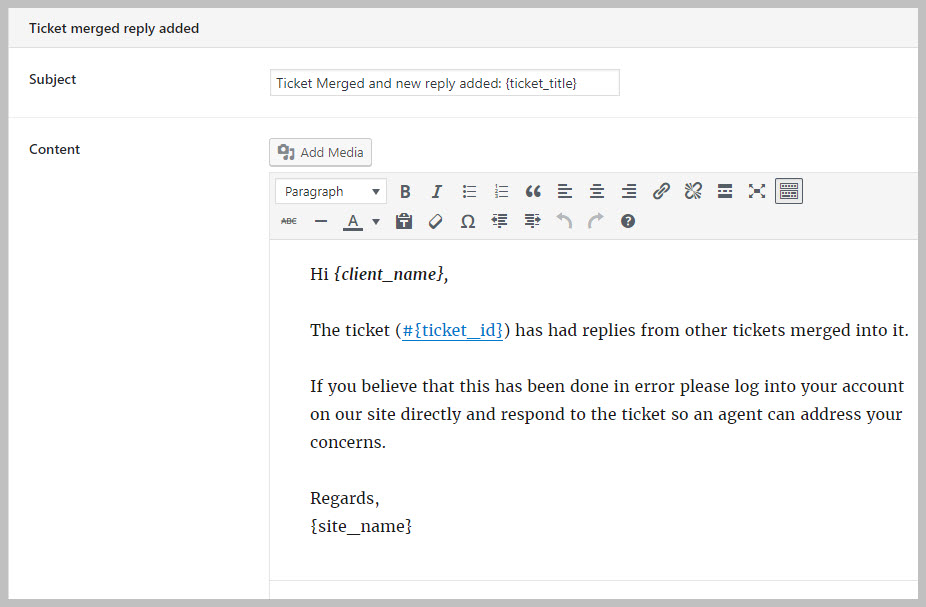 Two new email template tags are available and can be used in the templates listed above: