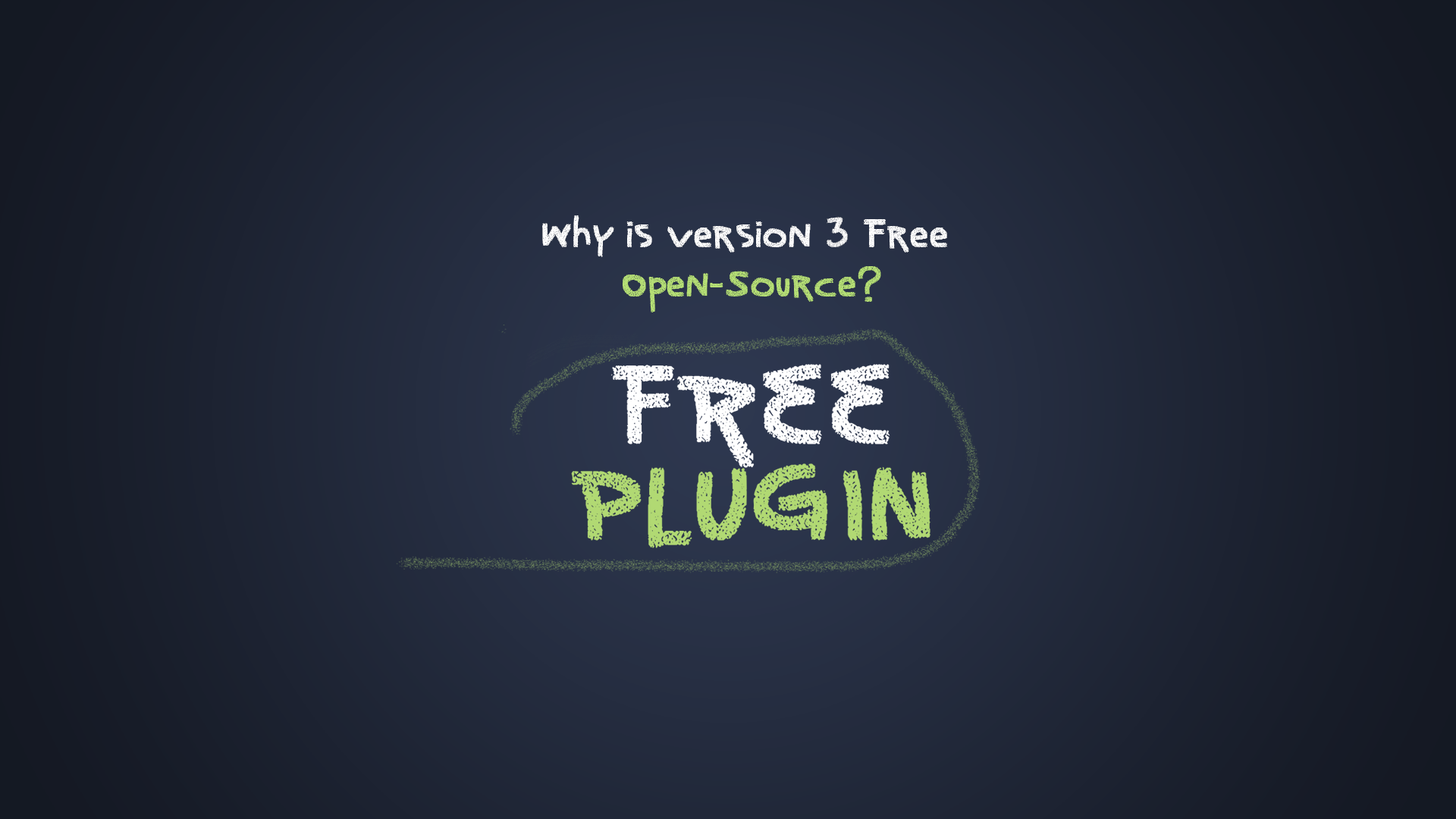 Why is version 3 Free & Open-Source?

As announced a couple of days ago, Awesome Support version 3 has been released to the public as a free plugin on WordPress.org. While we are thrilled about that news, it doesn’t seem to be the case for everyone, especially the current users of version 2.

You might wonder why we have decided to move Awesome Support from a premium, one time purchase model, to a “freemium” model. I’ll make it short (this list is not exhaustive):

The decision to change the way we distribute this plugin was not only necessary for the sake of it (to keep improving it), but also for our own sake because, like you, we need to pay the bills every month.

What About Existing Customers?

If you have bought Awesome Support 1.x or 2.x then you might be part of our upset customers. I won’t blame you, we surely could have communicated better. Apologies for that. But if you didn’t hear from us yet (and you found out Awesome Support 3 was free), there is a reason ; but I’ll come back to this later.

Since the release of version 1.0.0 of Awesome Support, tons of things happened. Lots of features have been added and the plugin has been improved hugely. Here are a few numbers to illustrate the plugin’s evolution:

And all this for $33. Actually the plugin wasn’t sold $33 at first, it’s only after a price review that it’s been raised.

Of course when I say $33, I don’t mean that’s what we get. We only earn part of this amount.

Doing all this work costs a lot of money. We spent hundreds of hours working on this plugin: improvements, support, pre-sale… And to be honest we’ve spend much more time and money doing all this than what we actually earned from this plugin. In other words, we’ve been losing money for a long time.

However, we do love Awesome Support and we see so much potential in it that we didn’t want to just drop it. We really believe it is the best support plugin for WordPress currently available. That’s why we have decided to try another sales channel.

Now, about the new version, it is common practice in the software industry to release new major versions that clients have to pay for. I can give you a very simple example.

You bought Windows 7 for your computer. You’ve been using it for a couple of years and were very happy about it. Today, Microsoft releases Windows 8. Do you get the new version for free? It’s still the same product right?

The answer is no. You don’t get the new version for free, and no it’s not the same product.

The same thing happens with Awesome Support. Version 2 was a standard update of 1.x, but it is different with version 3. It’s a completely different product. We have been working almost 10 month on developing this new version from the ground up. Everything has been re-written. Awesome Support is now much more powerful and efficient. That’s because we have been working countless hours on writing an entirely new plugin, avoiding the mistakes we made in the previous version and using latest technologies.

We Still Love You!

With all that said, let’s get back to you, the user. We are really happy and thankful that you believed in our product. We know that Awesome Support wouldn’t be the success it is today without you.

Not only our users have been helping us by purchasing the plugin, but lots of you gave very valuable feedback and ideas. This is what made the success of Awesome Support.

For that reason, we have decided to be as fair as we could possibly be. Even though version 3 is an entirely new product, we will be giving you guys one year licenses for the add-ons equivalent to features present in version 2. This will include:

See at the end of the article for the migration process.

You might wonder why we’ve been waiting so long to get in touch. The reason is very simple: we currently don’t have the capacity to migrate version 2 to version 3.

As explained above, version 3 is a completely new product and it works very differently than version 2. As a result, we need to develop a script for the unique purpose of migrating systems from v2 to v3. This is a complex task and it is very time consuming.

Edit: The migration script is now available. Check out the Migrating from version 2 to version 3 tutorial

We planned to get in touch only when this script would be ready but it seems that we’ve waited too long. We are currently working on the migration tool and hope to release it as soon as possible (we need it for our own support site)).

I hope you’ll understand why we operated behind the scenes and we now decided to come out in the open with this new version. I also hope that all of the hard work we put into this version 3 will satisfy you even more.

Thanks to you all.

Edit: If you want to exchange your license for Awesome Support 2.x and get licenses for the add-ons Canned Responses, Private Notes and Envato Validation, please fill-in this form.